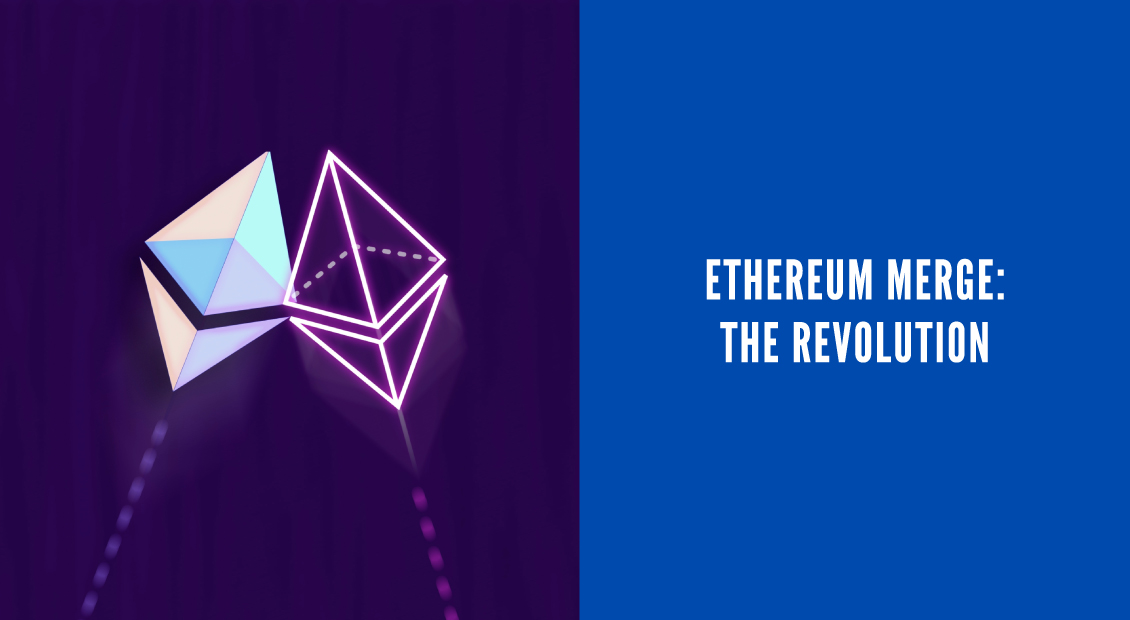 While crypto proposes a solution to generating a cash flow, assuring safety from frauds and thefts online, the year 2022 proved it all wrong. In recent months, the crypto market underwent drastic pressure, put on by cyber hackers that tried their best to breach the security protocols of blockchain technology. Despite the situation, a long-awaited Ethereum amalgamation was announced publicly and became operational in September.

This Ethereum upgrade or amalgamation is known as "the Merge," commonly known as Ethereum Merge now. Having said that, its initial announcement was made back in 2014. And that raised quite a few questions about whether an energy-efficient, alternative consensus strategy would ever get passed.

Meanwhile, for crypto, sustainability remains of the highest significance, whereas crypto mining stands in complete opposition to that concept. And that remains to be a topic of concern for Web3 climate innovators and climate change advocates.

Proof of Work and Ethereum

But that's actually less sustainable and scalable, and that's precisely what the new Ethereum Merge software update works on. the Merge has now moved the Ethereum network on a Proof-of-Stake consensus mechanism from PoW. 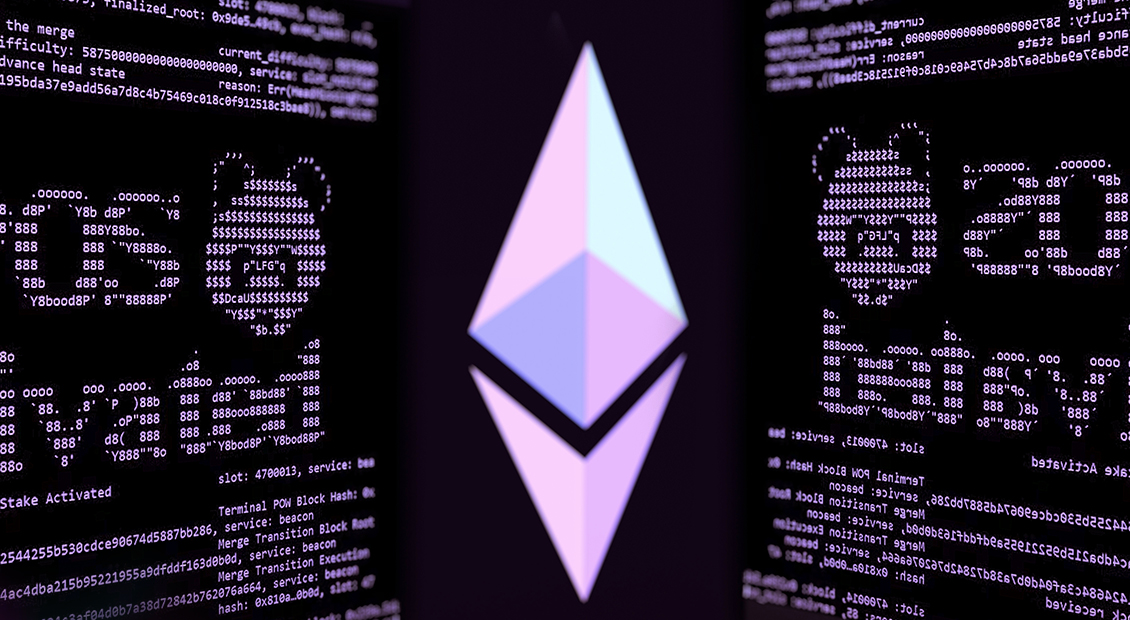 Proof of Stake and Ethereum

To introduce Proof of Stake, it's a consensus mechanism that's used by blockchain to achieve the status of a distributed consensus. This is in contrast to Proof-of-Work, which refers to mining procedures.

Whereas, Proof-of-Stake relates to staking. After the recent Crypto Ethereum Merge, Ethereum now uses a proof of stake mechanism where the validators can stake capital as ETH into a smart contract on Ethereum. If there's an invalid action performed by the validator, the staked ETH gets destroyed.

Therefore, the validator is responsible for ensuring that newly created blocks are validly propagated throughout the network while propagating new blocks time-to-time. That's just an overview of the Proof-of-Stake consensus mechanism and how Ethereum benefits.

Benefits of Proof-Of-Stake And Ethereum

Let's get into the benefits the Proof-of-Stake system brings with itself:

What is Ethereum Merge?

Moving on to the prospect of Ethereum Merge, also known as ETH Merge, was to join the original execution layer of Ethereum with a newly created Proof-of-Stake consensus layer, the Beacon Chain.

Through the ETH Merge, undoubtedly, sustainability got a higher emphasis.

Not only this, due to the Merge, the need for energy-intensive mining was eliminated, allowing the network to get secured by using the already staked ETH. To sum that up, Merge changes Ethereum from being Proof-of-Work to Proof-of-Stake, making it more sustainable, simpler, and scalable.

Will Ethereum Go Up After Merge?

Ethereum, which is now the second largest digital currency, is through a process of adaptation to diverse approaches that will likely alter the way it functions. Additionally, the Ethereum Merge is the most important development for cryptocurrencies this year.

It was predicted that the price of Ethereum would increase after the combination of the two chains. This was obviously due to the fact that the ETH supply after Merge would rise, causing more individuals to select for it.

Yes, the Ethereum Merge has happened. The execution for the Merge was on 15th September 2022. The Ethereum Merge news came in 2014. Still, it's been an ongoing process that kept crypto enthusiasts excited for a great time.

How to Stake ETH After Merge?

This is the gold standard of staking on Ethereum. This comes with total participating rewards, doesn't require you to trust anyone with your funds, and improves your network's decentralization.

For solo staking, you should have a minimum of 32 ETH and a computer with a reliable internet connection. Before, a bit of technical know-how was essential, but, nowadays, various easy-to-use tools help you with the process and simplify it for you.

Staking as a Service

If you're uncomfortable with dealing with hardware but want to bring your 32 ETH into use, Staking as a Service might be your best option. It does all the hard work, taking the stress off your shoulders, and in return, you also get rewards.

This option enables you to create a set of validator credentials, upload your signing keys and deposit your 32 ETH. To put that together, this allows service validation on your behalf. Staking as a Service requires a level of trust in the provider. In addition to that, to limit counterpart risk, the withdrawal keys are kept in your possession.

Another option is pooled staking, also known as liquid staking. This involves the ERC-20 liquidity token, which represents stake ETH. Other than that, it allows the easiest staking process, resembling a token swap. You can also hold custody of your assets using your Ethereum wallet.

On the other hand, pooled staking isn't native to the Ethereum Network, i.e., it comes with a set of risks. While this option is easy, it isn't the safest to opt for, and if you come with a great risk tolerance, then this is the best option for you.

Various centralized exchanges provide staking services if you don't anticipate holding ETH in your wallet. This requires minimum effort for you to earn a yield on ETH holdings.

In centralized exchanges, providers come with large pools of ETH to run a larger number of validators. But, this can be risky for the network as it results in a larger centralized point of failure and target. And this makes the network easier to attack and that's also the reason why ETH Merge was introduced.

What to Mine After ETH Merge?

Ravencoin is the best alternative as a response to Ethereum Merge mining.

Ravencoin uses a proof-of-work consensus method blockchain with a maximum quantity of 21 billion coins, much like Bitcoin did before. Like Ethereum, Ravencoin's RVN tokens can be used for various things, including decentralized applications and non-fungible tokens (NFTs). NFTs are tokens with a unique cryptographic identity linked to digital and physical content and serve as evidence of membership or ownership.

Although, Raven coin isn't as popular as Ethereum or not even stands equal to the comparison of Ethereum. It still opens up an option for mining using graphics processing units (GPUS).

Is There a Rise in ETH Gas Fees After the Merge?

What Are the Changes in ETH TPS After Merge?

What Is Ethereum PoW Prediction?

Before answering the question of Ethereum PoW prediction, we need to understand and gain an overview of what Ethereum PoW is. Before the Ethereum Merge, Ethereum used smart contracts and relied on a Proof of Work (PoW) consensus mechanism. This meant immense computer power was required since miners had to solve complex equations to add blocks in the blockchain.

Although ETH TPS after Merge is still low, the Ethereum Merge was a success, that is for sure. The Beacon chain shows that Ethereum is capable of maintaining its Proof-of-Stake consensus algorithm. And during the second week of September 2022, the Proof of Work mechanism was switched out for the Beacon chain so that it could be incorporated into the Ethereum chain.

We have been updated to Ethereum 2.0 now after the merging has been completed and that too without any problems. As a result, the Merge was a ground-breaking innovation, and it is currently centered on providing environmentally responsible solutions - that have been needed for a very long time.

What Will Be the Next Upgrade After the Merge?

The Ethereum Merge upgrade gets its deserved hype, but a lot more needs to be upgraded. And for that, a layer two scaling solution is to be proposed, known as The Shanghai Upgrade.

Shanghai upgrade is the latest ETH Merge news and it plans to follow the Merge and allow stakers to withdraw anytime through its better capable solutions.

Initially, the plan was to address the scalability issues, and the Merge successfully addressed that. So, now the focus is on compressing data from rollup contracts and distributing the burden within a network. Which as a matter of fact, the Shanghai upgrade promises to fulfill after the Merge and that’s the most recent update after ETH Merge news.

Will Ethereum Go Back Up After the Merge?

According to crypto analysts, after browsing other crypto Ethereum Merge news predicted that the price of ETH could definitely go back up after the Merge.

What Is the Latest Ethereum Merge News?

After Ethereum Merge, the latest ETH Merge news is an introduction of the Sharding Upgrade.

This Ethereum Merge news describes that the surge, the next update phase, will divide the network into smaller pieces.

Reading about the crypto Ethereum Merge, ETH Merge news, ETH TPS after Merge and ETH supply after Merge, you get an idea about the revolutionary concept of merging the Beacon chain into the Ethereum chain in September 2022. But that's not it; despite Ethereum Merge's success, there's still much more to do.

Conclusively, these are attempts for safer, scalable, and more accessible solutions within a blockchain network. The transfer to PoS from PoW represents that. After reading about enticing updates in the crypto world, Crypto Ethereum Merge and the rise in people investing in cryptocurrencies, blockchain development comes with significant scope in the future— and that’s exactly why different top software development companies worldwide are providing blockchain development services. 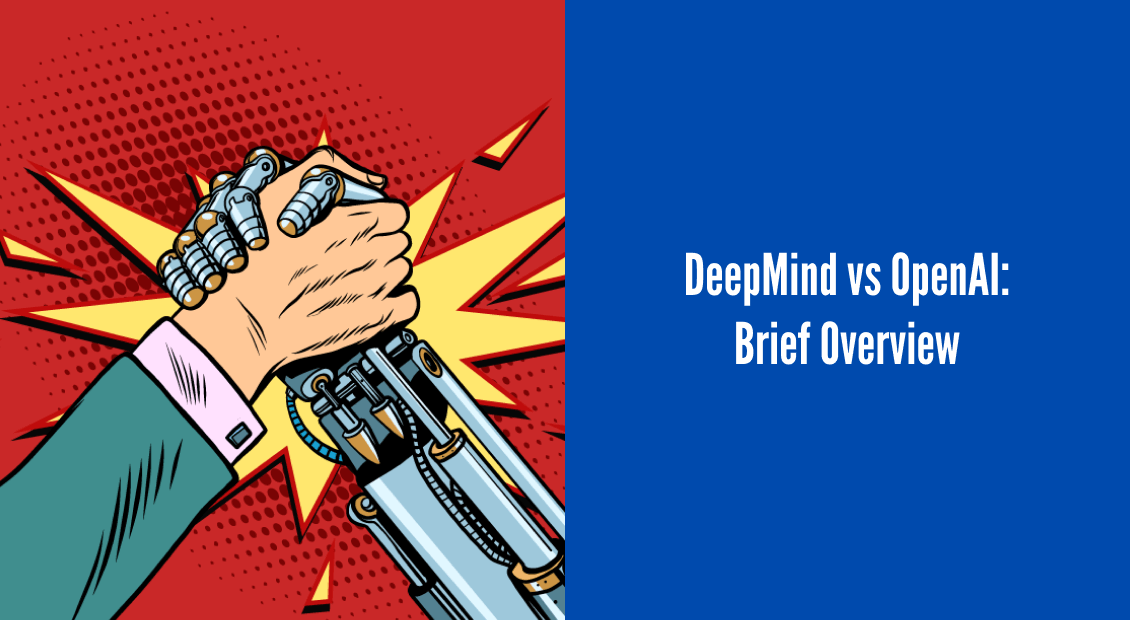 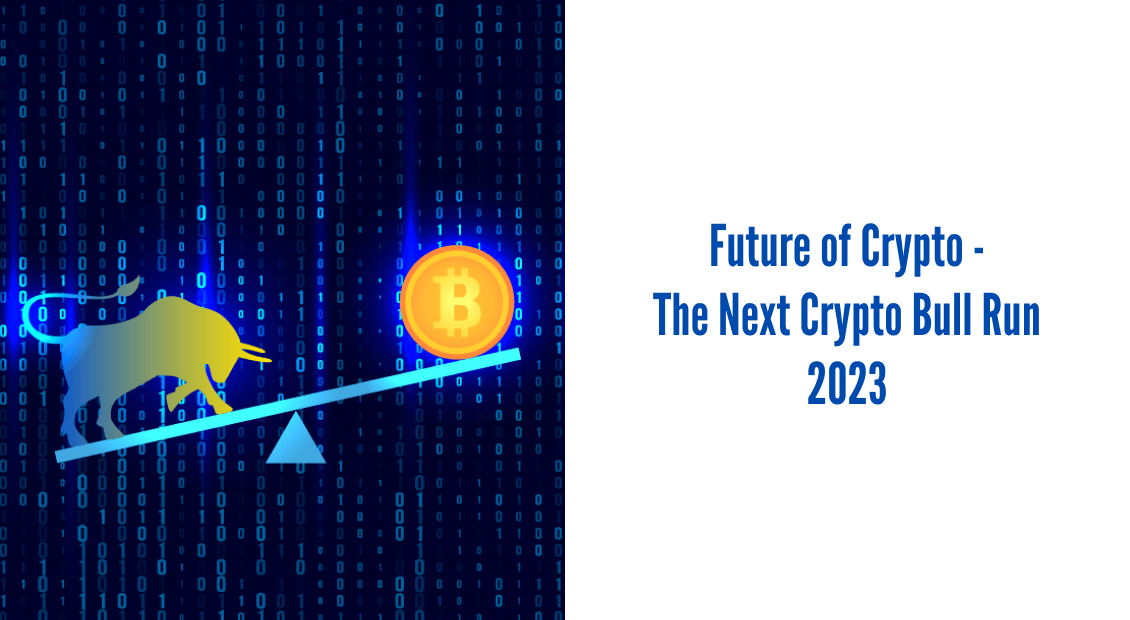 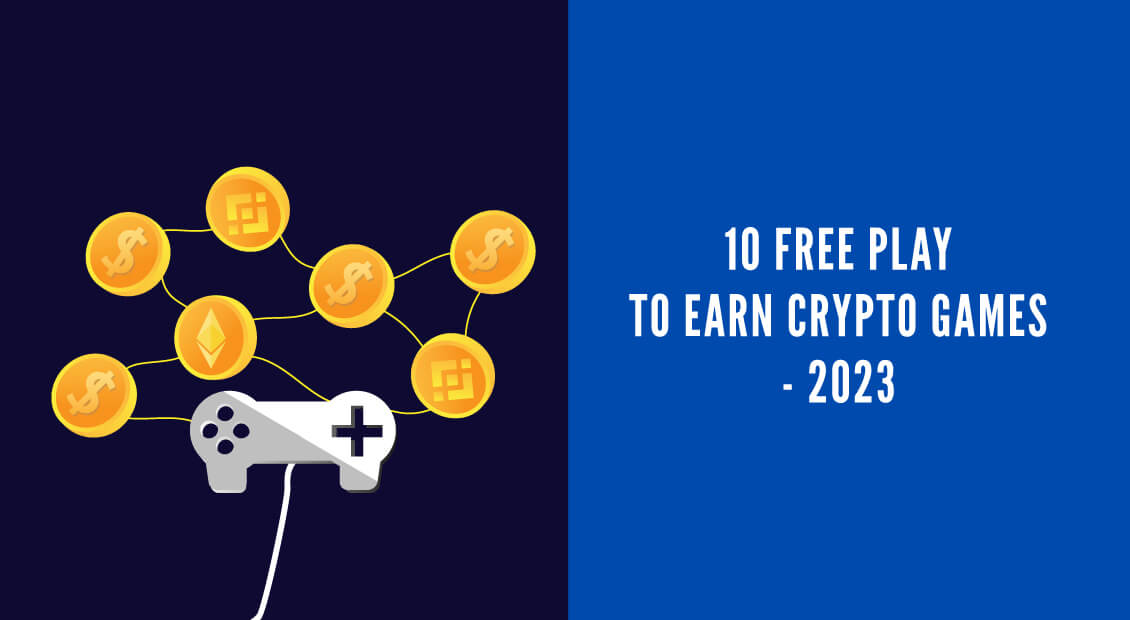 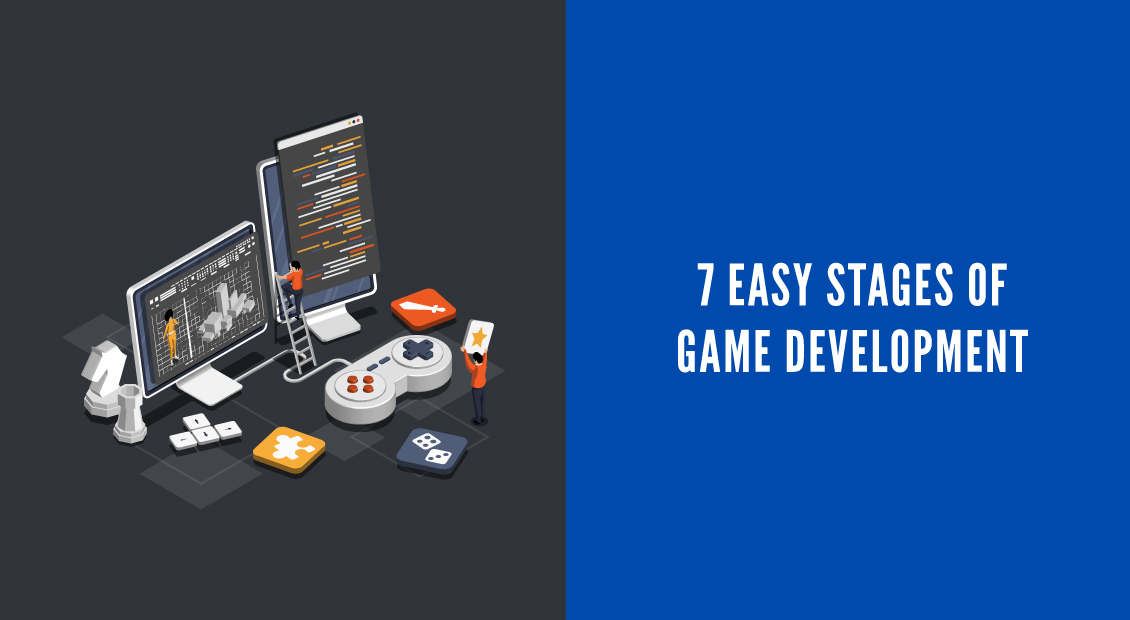 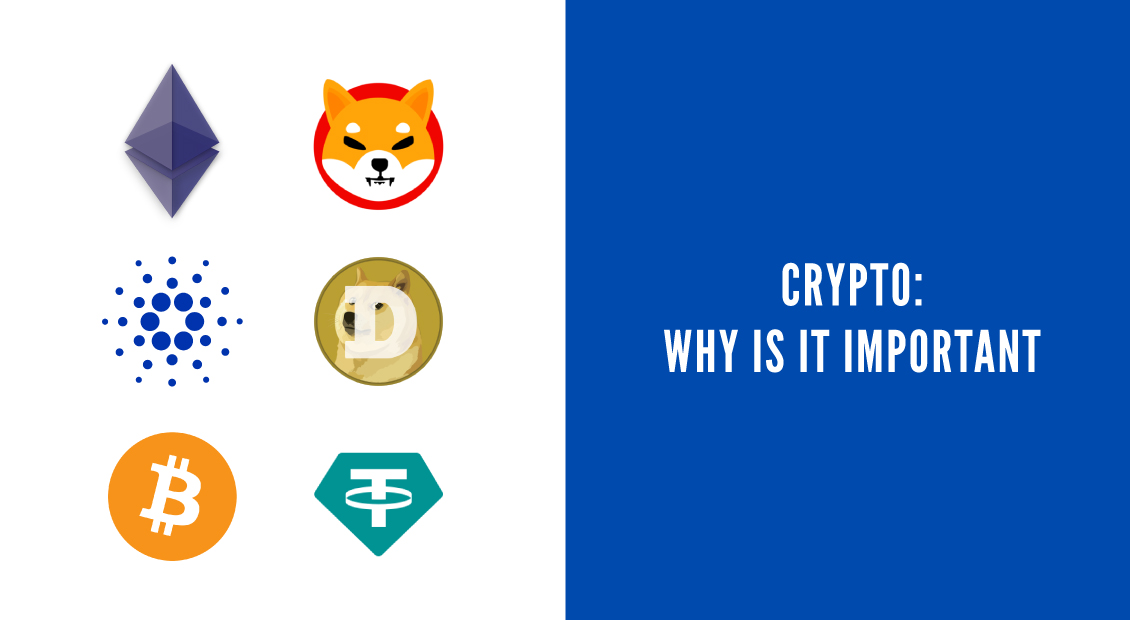 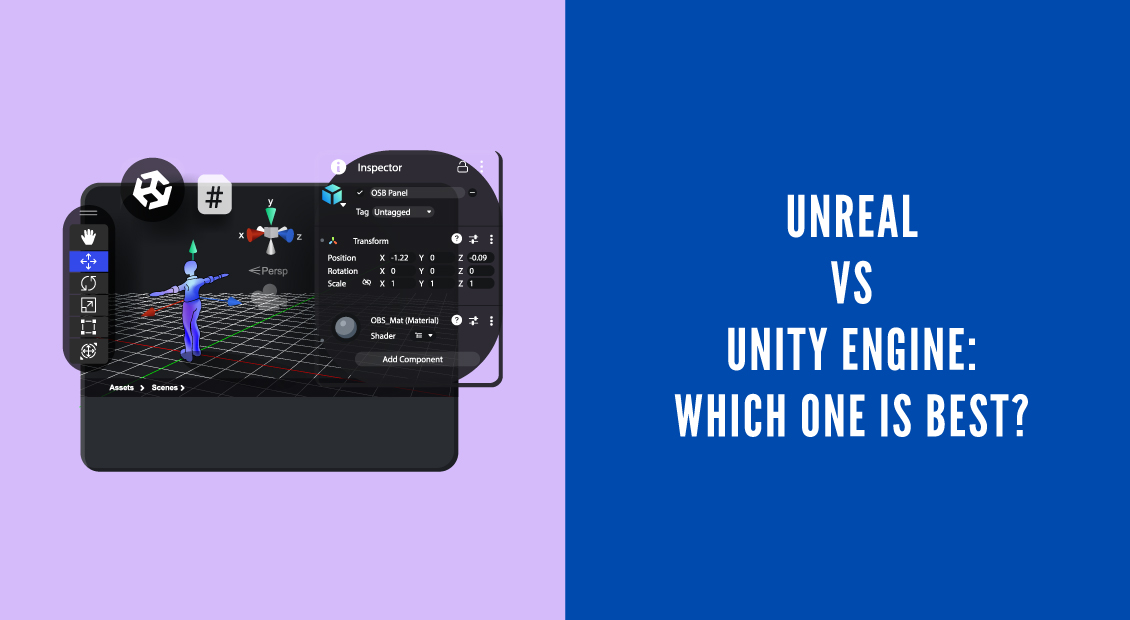 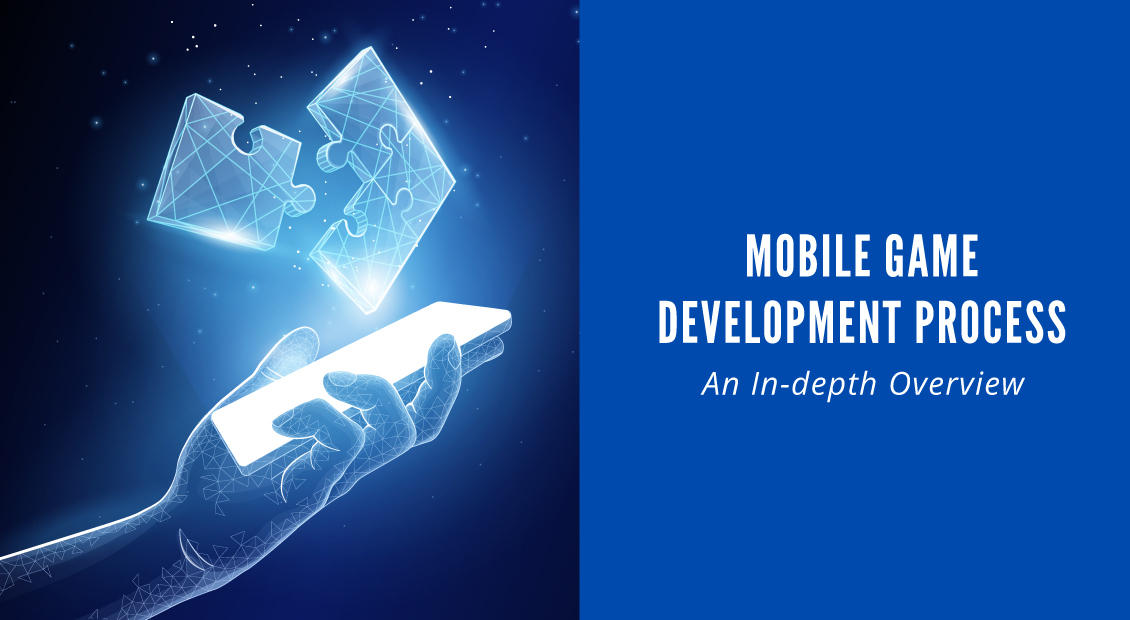 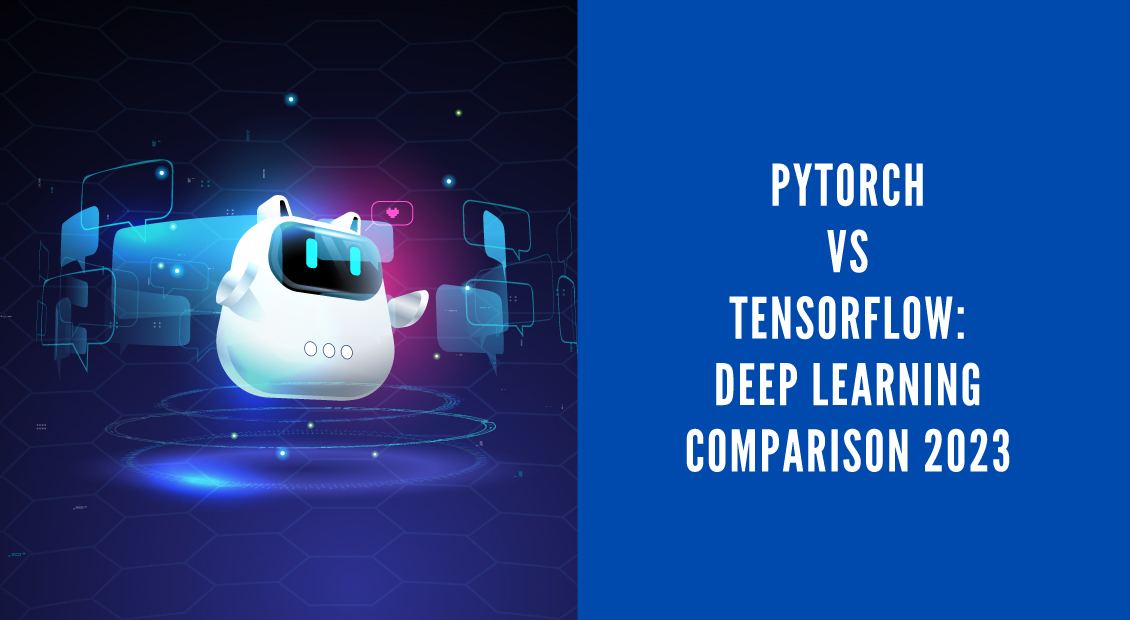