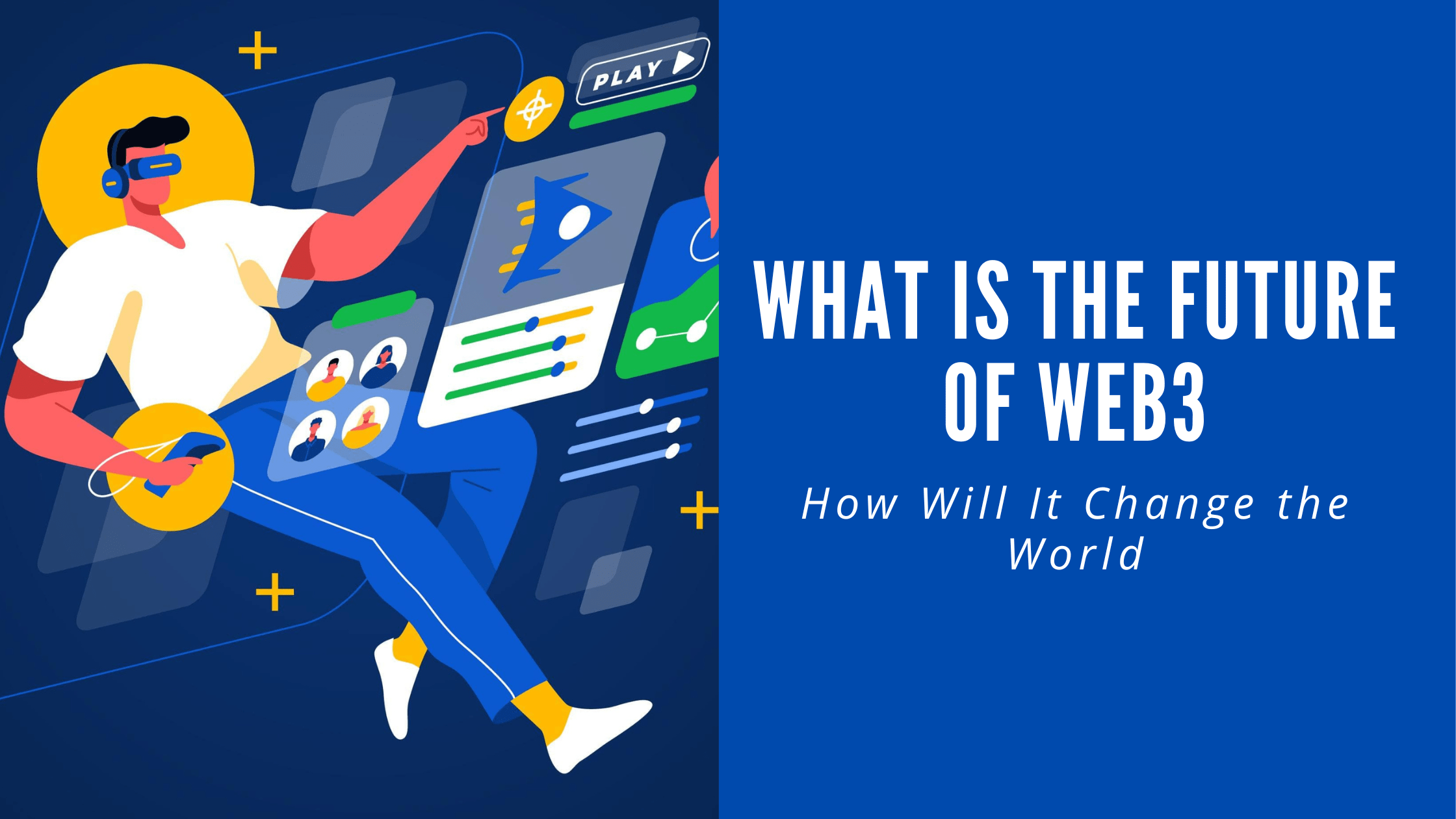 What Is the Future of Web3: How Will It Change the World

The internet and how it has evolved over the decades have always been interesting. A few years ago, nobody would have thought that virtual worlds would ever be real. Now, everyone in the tech world is speaking about web3 or web 3.0.

All of these questions need to focus on the benefits and uses of Web 3.0. This discussion will help you learn more about the years ahead of Web 3.0 by giving you a detailed look at how important it is. You can also find out more about the different ways web 3.0 can be used. This would make web3 an even more important technology trend. In this article, we’ll answer the most-asked questions about the future of web3.

What Is Web3 and Why Does It Matter

Before you try to learn further about the future of web3, you should first know what the term means. You should know that you don't own any of the information you put on social media. Most of us use the internet which is very centralized and stays under the control of large corporations.

Whereas, web3 is a new way to deal with these problems. Web 3.0, also called "web3," is an interesting idea about the next generation of the internet. It shows how users will be able to control and own their digital assets as well as other online content. How is Web3 going to change the world? The simple answer is that big companies use a centralized approach to make and sell products and services.

Coming towards why does it matter? Through non-fungible tokens, Web3 makes it possible to have direct ownership (NFTs). Nobody, not even the people who made the game, can take it away from you. And if you decide to not play, you can trade your in-game belongings in the open markets. And, get back the money you spent on them.

Why Is Web3 Called the Internet of the Future

Many people say that this is the Internet of the Future. This is because it could change economies and bring digital inclusion to everyone in the world.

The way the internet works now seems to work just fine. Well, there are almost too many good things to list.

The first one is that you can stay private. Maybe there are a lot of possibilities of scams or fraud and our data being stolen. But if we did the same thing in different places, our collected information would be safer. The data would be saved on more than one network. Making it impossible to change our data. So, privacy isn't a myth anymore; it's a fact that needs to be limited.

Another reason is direct transactions. This means that when Web 3 is used, transactions will be independent, automatic, and clear. No one else would be involved.  This will happen through a secure blockchain system that uses a smart contract to make the transactions possible.