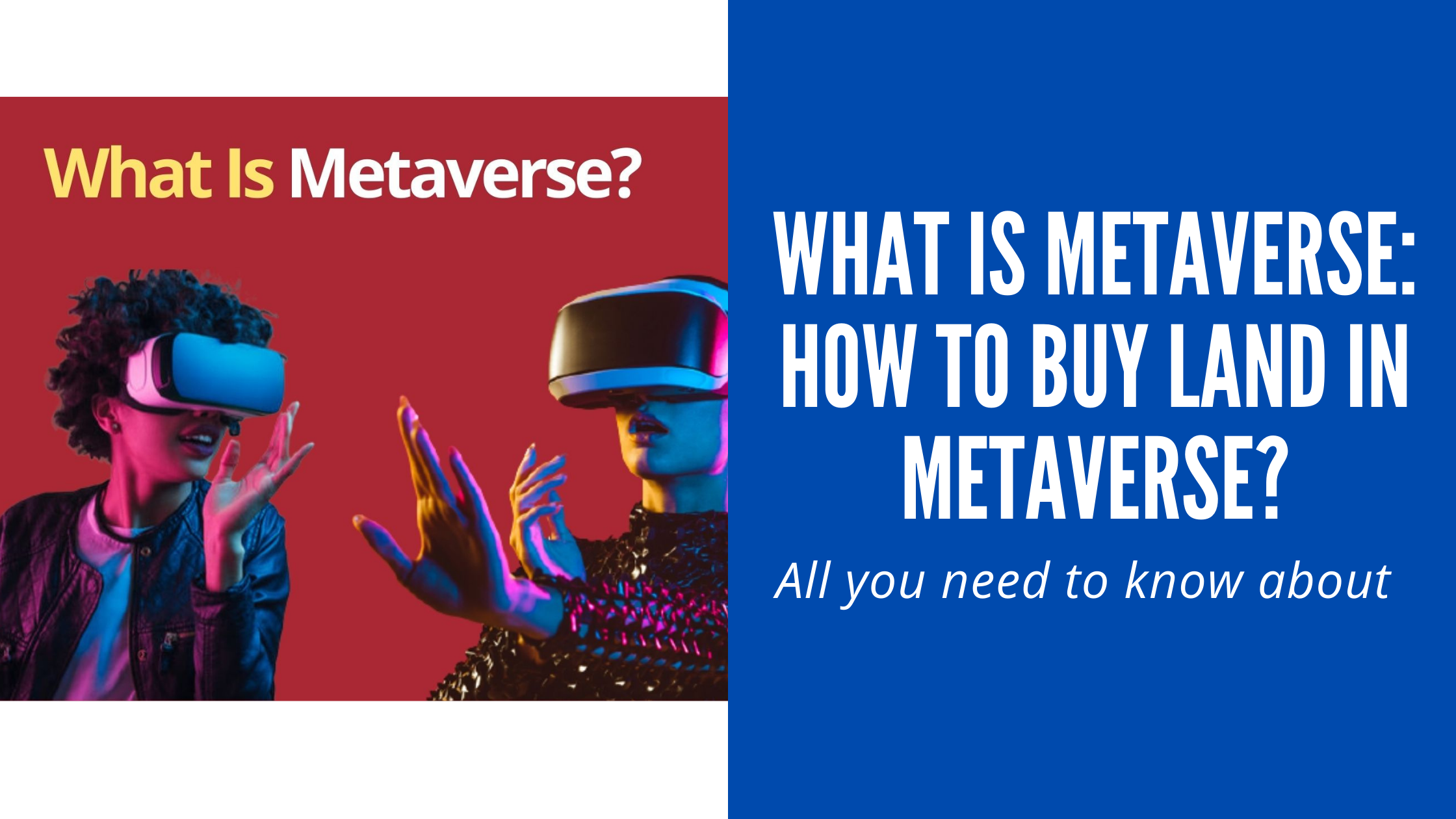 What is Metaverse: How to Buy Land in Metaverse?

It reminds us of something like the matrix, a science fiction film released in 1999. The metaverse, on the other hand, is real, and major corporations such as Facebook, Nvidia, and Roblox are betting on it. What exactly is the metaverse, and why should you be interested in it?

In this article here at B2B rating & review platform you will definitely get the answer of your question “What is Metaverse: How to Buy Land in Metaverse?”

Virtual concerts and NFTs are the best examples of this question: “What is Metaverse?”.

When Will We Be Able to See It?

The core capabilities of the metaverse, according to Mark Zuckerberg, CEO of the newly renamed Meta (formerly Facebook), will take five to ten years to become pervasive. Some aspects of the metaverse are observable at the moment. Ultra-fast internet rates, virtual reality headsets, and persistent always-on online worlds are now accessible, even if they aren't available to everyone. However, before moving toward metaverse make sure that you know What is Metaverse: How to Buy Land in Metaverse. So that you can have clear understanding of what metaverse is and how it works.

What Are a Few Examples of Metaverse Companies?

Here's a glance at what's going on right now that could lead to tomorrow's metaverse:

The old Facebook has made significant investments in virtual reality before, notably the 2014 acquisition of Oculus. Meta envisions a virtual world in which digital avatars interact via virtual reality headsets for business, travel, or leisure. Zuckerberg is a believer in the metaverse, thinking that it has the potential to replace the internet as we know it.

"The future platform and media will be an even more immersive and embodied internet where you're in the experience rather than just looking at it," These are the words of Meta CEO Mark Zuckerberg’s after announcing the company's renaming from Facebook to Meta.

With its Microsoft Mesh platform, the software giant is building mixed and extended reality (XR) applications that integrate the real world with augmented reality and virtual reality. Microsoft showed off its intentions to add mixed-reality, including holograms and virtual avatars, to Microsoft Teams in 2022 earlier this month. In addition, next year will see the introduction of explorable 3D virtual networked environments for retail and offices. so make sure that you learn What is Metaverse: How to Buy Land in Metaverse.

The US Army is apparently working with Microsoft on an augmented reality Hololens 2 headset for soldiers to train, practise, and fight in. Xbox Live also connects millions of video game players all around the world.

Everyone who knows  What is Metaverse: How to Buy Land in Metaverse  , will definitely know about tencent. A giant in the gaming industry. When Facebook's future is based on the new buzzword, how could Tencent not join the metaverse bandwagon?

Tencent's strategy appears to be more measured at this point than Facebook's $10 billion investment in its metaverse subsidiary. However, any early clue from the Chinese social media and gaming behemoth will be enough to pique investor interest.

The company's leaders then took turns fleshing out the phrase. The managers agreed on three main "pathways" to reach "the metaverse," even if their definitions baffled at times. The present crackdown on China's internet business has the potential to put a pall over any metaverse in the works. As long as the user experience is "delivered under the legal framework," Tencent believes Beijing is "not fundamentally opposed to the growth of metaverse."